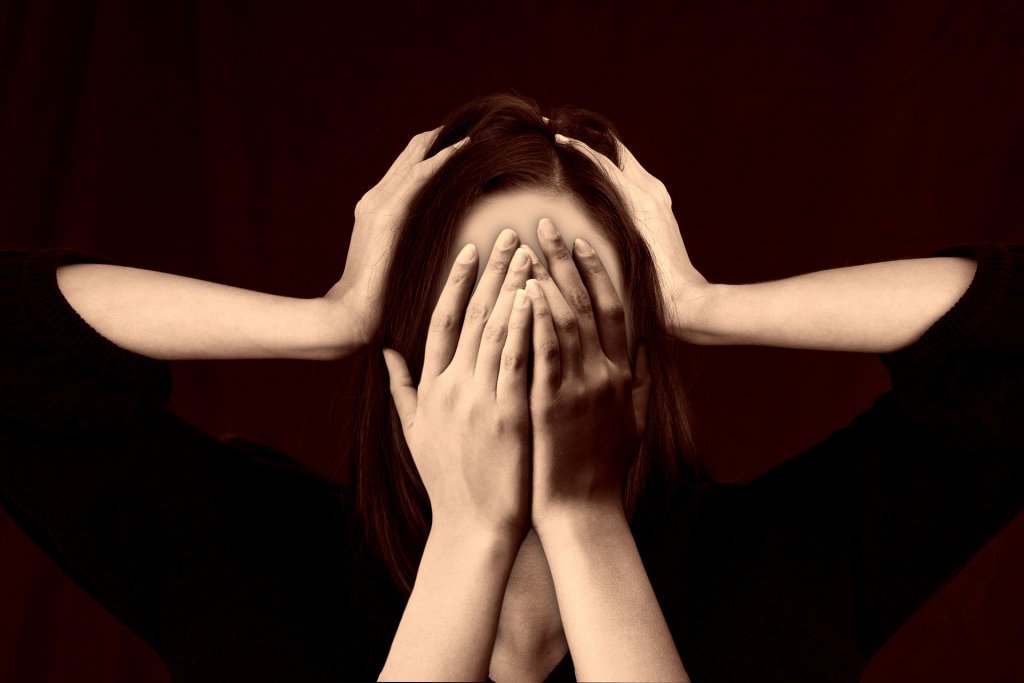 Misophonia is a form of decreased sound tolerance and defined here as a condition wherein specific “triggers” such as eating sounds, throat clearing, and loud breathing, evoke powerful and occasionally overwhelming sensations of disgust or rage.1 Misophonia is distinct from hyperacusis in that trigger sounds elicit a reaction irrespective of loudness, and the sounds, typically made by other individuals (sometimes only certain individuals), are distressing because of their context.

Several years ago, I received a moving email from George (patient names have been changed to protect confidentiality), a man who had lived with misophonia for over 40 years. In his email, George described seemingly uncontrollable feelings of annoyance and intense anger triggered by sounds such as sniffing and chewing produced by those around him. His condition had, he felt, contributed to a difficult relationship with his immediate family in his youth and later the dissolution of his marriage. George had recently self-identified that he had misophonia when a family member found the term on the Internet. George described being overwhelmed to learn that he was neither “nuts,” nor alone, nor at fault for his condition: “I wept on and off for a week.” Now George’s daughter Ann appeared to be affected by misophonia which was, he wrote, his “worst nightmare come true.” I suggested George and Ann seek help from a local audiology clinic that specializes in misophonia management, and occasionally checked in to see how they were progressing.

My email exchange with George offered tremendous insight into some of the challenges persons with misophonia (PWM) face, as well as the patient perspective on the benefits and limitations of available management options. I recently asked George and Ann if they would be willing to share their stories in the interest of helping health care professionals like myself better understand how to help PWM; they enthusiastically agreed.

Both George and Ann describe the emergence of misophonia during childhood, as is often the case, and their story alludes to the possibility that misophonia is a familial, if not heritable condition. George was 8 years old, sitting with his father on a ferry. His father, who George believes also had misophonia, pointed out how rude the man sitting across from them was for sniffing. “From that day onwards, sniffing annoyed me. My life changed that day on the ferry but as I now know, it was all going to happen anyway. Being a teenager was hell. I couldn't eat with my family because of the crunching noises. It drove me crazy when someone had a cold and sniffed.”

Ann’s recollection of the onset of her own misophonia is equally vivid. “I was 9 years old, sitting on the couch at home watching a movie with my mother and my brother Sam. They were eating potato chips that Sam had chosen as his movie-night snack. The sound of them eating chips was so painful, I wanted to run away and cry in my room. Instead I stayed on the couch, getting more and more anxious, until I finally exploded and yelled that they were eating too loudly.” 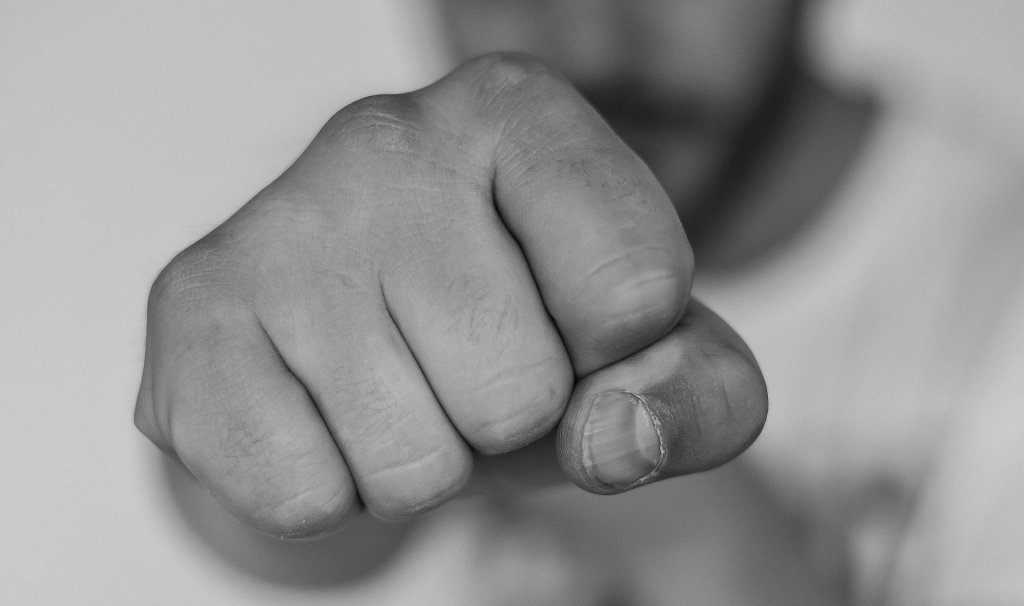 George and Ann describe their reactions to trigger sounds as intense and consuming. “Triggers would elicit a rage response that I could barely control,” George says. “When I was young, I punched a hole in the wall on two different occasions. My father plastered over the holes but left them unpainted to remind me that I had to control my temper. I would go to my room and the feelings of rage would be replaced by shame and guilt and I would cry for hours. I felt terribly alone. My family had no way of understanding how bad it was for me. To this day, they think that I have a raging temper. In fact, the opposite is true. It takes extreme control to live with misophonia but appear outwardly normal.”

George’s and Ann’s stories convey the heavy emotional toll exacted by misophonia. George feels that his parents, siblings and first wife were never willing to accept or accommodate his condition. Ann has also felt the burden of misophonia on her relationships but ultimately found her family to be supportive. “My mum is my best friend, but our relationship has been rocky. For a long time, we couldn’t go a day without fighting. My reaction to triggers would be so strong that I would lock myself in my room and cry for hours. My mother felt helpless, and I didn’t want to be helped. As I got older and learned to cope with misophonia, we became closer. I stopped slamming doors and picking fights.”

Both George and Ann have used sound-based therapy to manage misophonia. They were fitted with Widex hearing instruments programmed with white noise and Zen tones, intended to distract from and ultimately acclimatize to trigger sounds. Ann uses her instruments consistently and, with regular adjustments, has seen an improvement in that her “auditory system is increasingly less sensitive to sounds.” George feels that his hearing instruments, which he admits to using inconsistently, help him to block triggers and cope with everyday environments but unlike Ann does not feel that his tolerance of trigger sounds has changed. “Deep down, I don’t believe that my misophonia can be cured. It just doesn’t seem possible.”

Sound-based therapies, while lacking high-level evidence, can provide PWM with a sense of control by giving them tools to better cope with and ideally increase their tolerance of trigger sounds, similar to how sound can be used to help lessen the perception of and reaction to tinnitus. Marsha Johnson of the Oregon Tinnitus and Hyperacusis Treatment Clinic, offers some general guidelines for how she uses hearing instruments to treat misophonia. “We initially used white sound generators to reduce the contrast between ambient-noise and trigger sounds. We now use high-quality digital hearing instruments with streaming capability for the identical purpose. The instruments can significantly improve the overall daily function of PWM.” Preferred sounds are typically long-playing or looped recordings of nature sounds or a mix of sounds such as rain on a tin roof with a crackling fire. Sound recordings can be downloaded from various internet sites or generated by a smart phone app and played as a background sound in environments where trigger sounds are or could be present.

Another option for sound-based therapy is the “auditory object identification and localisation task,” an auditory training task developed by Grant Searchfield of the University of Auckland. The tool was originally conceived for use with tinnitus and anecdotally shows promise for management of misophonia. It is available online through membership to the web site www.tinnitustunes.com.

Sound therapy can be combined with psychologically-based therapies such as cognitive therapy or mindfulness therapy to address attentional and emotional processes involved in misophonia, which has been proposed to be an anxiety disorder.2 Cognitive therapy alone has low-level evidence from a few case and small group studies.3 Evidence for the effectiveness of a combined approach using sound- and psychologically-based therapies is lacking but is sometimes promoted by clinicians specializing in the field. Feedback I have received from individuals like George and Ann who have sought help from providers in mental health is mixed.

George reports a negative experience with cognitive therapy. “The treatment was a nightmare for me, maybe because I am likely on the upper end of the misophonia spectrum, but I have heard reports of it working for other people.” Ann feels that many psychologists and physicians came across as judgmental, causing her to feel like she was to blame for her misophonia. Eventually she was referred to a psychiatrist who was, in Ann’s view, non-judgmental and helped Ann to develop coping tools.

Despite the misophonia management strategies George and Ann have acquired over the years, both agree that limiting exposure to trigger sounds plays an important role in living successfully with misophonia. George says he has come to terms with his condition and built a life to accommodate his reaction to sound triggers. He works in a “misophonia-friendly” office and has a supportive family. His favourite activity is scuba diving, which affords him a calming and trigger-free sound environment. Ann has likewise sought accommodation. Ann’s mother agreed to let Ann take her meals in a room away from the rest of the family and takes phone calls outside the house because she knows that the sound of her talking on the phone triggers Ann. “Things like that make a world of difference,” says Ann. At school, Ann has requested accommodations such as writing exams in a separate area, taking breaks as needed and having a note-taker in class. “Many of my high school teachers didn't necessarily understand misophonia but they still allowed me the opportunity to explain my situation. They have done as much as they could to make my life a little bit more bearable.”

George and Ann also attended meetings of the Misophonia Association, held annually in the US. “This was the first time I had been around people with my condition, other than my dad,” says Ann. “While it was helpful listening to the neurologists, audiologists, professors, and psychologists speak, the most helpful part was meeting new people and making friends that shared my struggles.” The Misophonia Association and other groups such as Misophonia UK promote awareness of misophonia and feature online resources for PWM as well as care providers.

The stories of George and Ann illustrate the benefit of validating the patient experience of living with misophonia; the need to consider and support patient requests for accommodations, at least while a treatment plan is being developed and pursued; the potential benefits of sound and psychologically-based therapies; and the need for an individualized and person-centred approach to care.

Many audiologists may feel that they do not have the necessary knowledge or skillset to work with PWM. Readily available assessment tools such as the Amsterdam Misophonia Scale4 and the Misophonia Questionnaire5 help to identify and measure the severity of this condition for assessment and reporting purposes. Events such as the newly-established International Misophonia Symposium provide educational opportunities for interested audiologists and other healthcare providers. However, additional opportunities for audiological education and interdisciplinary collaboration with providers from the fields of mental health are much needed.

I’ll give the last word to Ann, who has this advice for those working with PWM: “Compassion and understanding from providers can go a long way. Understand that our brains process sounds differently than most people and our hearing is hyper-sensitive. We also deal with major anxiety and depression, and it is important to be sensitive when talking to us about how to cope with this condition. Misophonia is not something that we can just magically choose not to let affect us.”